Introduction to the LIN bus

The protocol for the Local Interconnect Network (LIN) is based on the Volcano-Lite technology developed by the Volvo spin-out company Volcano Communications Technology (VCT). Since other car corporations also were interested in a more cost effective alternative to CAN, the LIN syndicate was created. In the middle of 1999 the first LIN protocol (1.0) was released by this syndicate. The protocol was updated twice in 2000. In November 2002 LIN 1.3 was released with changes mainly made in the physical layer. The latest version LIN 2.2A was released in 2010. With LIN 2.0 came some major changes and also some new features like diagnostics. The changes were mainly aimed at simplifying use of off-the-shelves slave nodes.

The LIN protocol is a compliment to the CAN and the SAE J1850 protocols for applications that are not time critical or does not need extreme fault tolerance, since LIN is not quite as reliable as CAN. The aim of LIN is to be easy to use and a more cost effective alternative to CAN. Examples of areas where LIN is and can be used in a car: window lift, mirrors, wiper and rain sensors.

LIN is an all-embracing concept according to the OSI-model, where the physical-, data link- , network- and application layers are covered by the specification.

The LIN-bus transceiver is a modified version of the transceiver used by the ISO 9141 standard. The bus is bidirectional and connected to the node transceiver, and also via a termination resistor and a diode to Vbat of the node (Figure 1).

Figure 1: Description of a transceiver. (from the LIN 2.0 spec)

On the bus a logical low level (0) is dominant and a logical high level (1) is recessive.

Voltage supply (Vsup) for an ECU should be between 7 V and 18 V. The limits for how the level of the bus is interpreted are shown in figure 2.

Figure 2: Determination of the logical level on the bus.

The LIN network is described by a LDF (LIN Description File) which contains information about frames and signals. This file is used for creation of software in both master and slave.

The master node controls and make sure that the data frames are sent with the right interval and periodicity and that every frame gets enough time space on the bus. This scheduling is based on a LCF (LIN Configuration File) which is downloaded to the master node software.

Messages are created when the master node sends a frame containing a header. The slave node(s) then fills the frame with data depending on the header sent from the master.

There are three different ways of transmitting frames on the bus: unconditional, event triggered, and sporadic frames.

This is the “normal” type of LIN communication. The master sends a frame header in a scheduled frame slot and the designated slave node fills the frame with data.

The purpose of this method is to receive as much information from slave nodes without overloading the bus with frames. An event triggered frame can be filled with data from more than one slave node. A slave only updates the data in an event triggered frame when the value has changed. If more than one slave wants to update data in the frame a collision occurs. The master should then send unconditional frames to each of the slaves starting with the one with the highest priority.

This method provides some dynamic behavior to the otherwise static LIN protocol. The header of a sporadic frame is only sent from the master when it knows that a signal has been updated in a slave node. Usually the master fills the data bytes of the frame itself and the slave nodes will be the receivers of the information.

Definition of a Byte Field

The protocol is byte oriented which means that data is sent one byte at a time. One byte field contains a start bit (dominant), 8 data bits and a stop bit (recessive). The data bits are sent LSB first (least significant bit first). Data transmission can be divided into a master task and a slave task.

Figure 4: Structure of a byte field.

The frame (header) that is sent by the master contains three parts; synch break, synch byte and an ID-field. Each part begins with a start bit and ends with a stop bit.

Synch break marks the start of a message and has to be at least 13 dominant bits long including start bit. Synch break ends with a “break delimiter” which should be at least one recessive bit.

Synch byte is sent to decide the time between two falling edges and thereby determine the transmission rate which the master uses. The bit pattern is 0x55 (01010101, max number of edges). This is especially usable for compatibility with off-the-shelves slave nodes.

Figure 9: Frame length depending on ID.

The response (data field) from the slave can be 2, 4 or 8 bytes long depending on the two MSB (Most Significant Byte) of the identifier sent by the master. This ability came with LIN 2.0, older versions have a static length of 8 bytes.

The slave waits for synch break and then the synchronization between master and slave begins on synch byte. Depending on the identifier sent from the master the slave will either receive or transmit or do nothing at all. A slave that should transmit sends the number of bytes which the master has requested and then ends the transmission with a checksum field.

There are two different kinds of checksum. The classic checksum is used in LIN 1.3 and consists of the inverted eight bit sum of all (8) data bytes in a message. The new checksum used in LIN 2.0 also incorporates the protected identifier in the checksum calculation. The inverted eight bit sum is not the same as modulo-256. Every time the sum is greater than 256, then 255 is subtracted. Ex: 240+32=272 à 272-255=17 and so on…

To save power the slave nodes will be put in a sleep mode after 4 seconds of bus inactivity or if the master has sent a sleep command. Wakeup from sleep mode is done by a dominant level on the bus which all nodes can create.

A new function in LIN 2.0 is the possibility of reading out diagnostic information from master and slave nodes. For this purpose two frame identifiers are used which both expect 8 data bytes: master request frame with id 60 (0x3c) and slave response with id 61 (0x3d). The first byte of a diagnostic frame is a NAD (Node Address for Diagnostic) which is a one byte long diagnostic node address. The value ranges from 1-127, while 0 is reserved and 128-255 are for free usage. There are three methods for diagnostics: signal based diagnostic, user defined diagnostic or use of a diagnostic transport layer.

The signal based diagnostics is the simplest method and uses standard signals in ordinary frames which represent:

The user defined diagnostic can be designed to fit the needs for a specific device but this also means that it will not be useful for general purposes. This method uses NADs in the range 128-255.

This method is useful for a LIN network which is built on a CAN-based system where ISO diagnostics is used. NADs 1-127 are used. This method represents:

A diagnostic frame is called a PDU (Packet Data Unit) and starts with a NAD which addresses a certain node. Thereafter follows a PCI (Protocol Control Information) which handles the flow control. If the PCI-type is a Single Frame (SF) the whole diagnostic request command will fit into a single PDU. If the PCI-type is First Frame (FF) the next byte (LEN) will describe the number of bytes to come. The data bytes that do not fit into the first frame will be sent in the following frames with the PCI-type of Continuation Frames (CF). A Service Identifier (SID) specifies the request and which data bytes to follow.

The diagnostic response frame is constructed in similar way. The Response Service Identifier (RSID) specifies the content of the response.

A LIN 2.0 master is backward compatible with a LIN 1.3 slave (with limitations). Both LIN 2.0 and LIN 1.3 slaves can coexist in a network but some new features like the improved checksum and automatic baud rate detection have to be avoided. 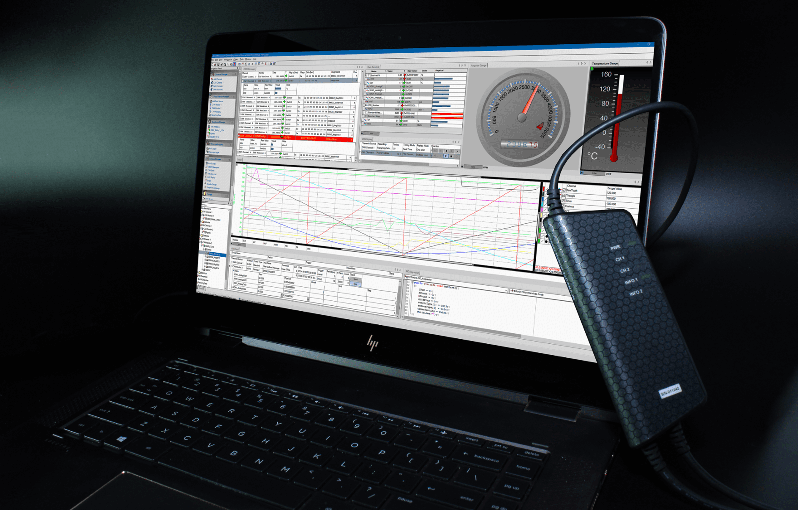 UPDATE: This event is over. You can watch the archive of the event by clicking the video above. Accurate Technologies… Read More 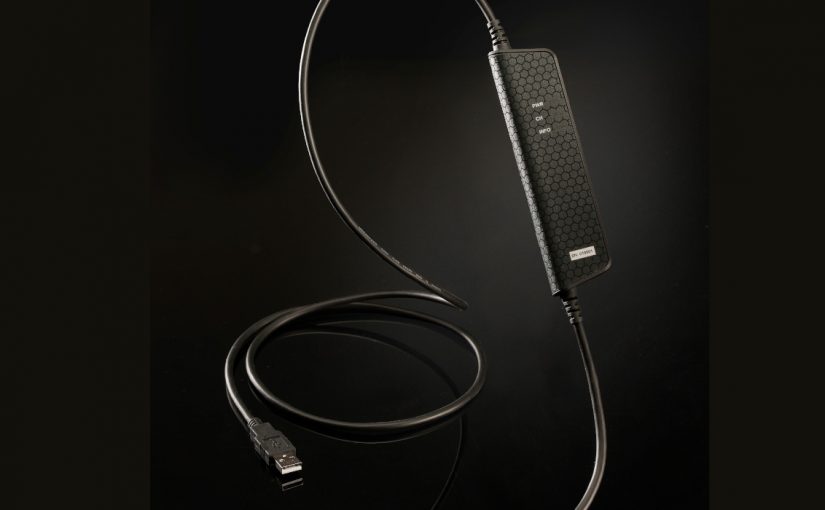 CAN, CAN FD, and LIN Network Analysis In One Tool From Warwick

CAN, LIN and CAN FD are accessible on one device

We’re excited to announce the launch of the Kvaser Hybrid Pro 2xCAN/LIN. You can buy it now, directly from Kvaser or… Read More 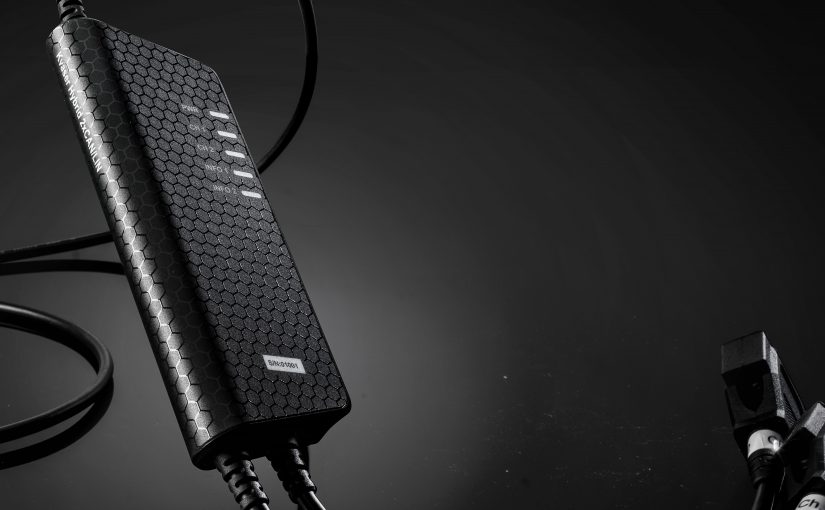 Now Available: CAN and LIN Communications on a Single Device

Read More
order saved! You can continue shopping whenever you want
You Have Not Login Please Login First.
X