When developing software applications that rely heavily on communication protocols, one of the key concerns is that the application is handling incoming data quickly enough that messages are not dropped.  This situation could be caused by the application spending too much time processing a message,  the application is paused waiting for user interaction, or the ... Read More

Kvaser is pleased to announce that Intempora has joined Kvaser’s TA network. Kvaser CAN interfaces and dataloggers can now be found as software components within Intempora’s RTMaps middleware, a modular environment for developing and testing real-time, multisensory applications such as ADAS, autonomous vehicles, robotic systems, UAVs and advanced HMIs. Initially developed by two PhD’s from ... Read More

Building locally on a Raspberry Pi can be slow. The most common way around this is to cross-compile, which is much quicker, but requires more setup.1 There is also a third alternative, distcc, which distributes the compilation to remote computers in a transparent manner. Setting up distcc is somewhat simpler compared to cross-compiling, but we ... Read More

When compiling CANlib (linuxcan) on any Linux computer, you need to make sure that you are using the correct version of kernel header files. For example, on Ubuntu you can issue the command: sudo apt install linux-headers-$(uname -r) A Linux header package is currently not available on Raspbian so instead you have to do some digging. It's not ... Read More

This blog uses now deprecated functions, see blog "Improved API in Python canlib v1.5" for more information. Today we take a look at how to setup and send a CAN message using Kvaser's new Python package canlib. For this example we use the Kvaser USBcan Pro 2xHS v2, but any Kvaser interface can be used. First step is to ... Read More

Alerting all those involved in industrial and heavy-duty applications. Kvaser has now released a Leaf Light HS v2 J1939-13 Type II with the characteristic green-coloured diagnostic socket. The 9-pin J1939-13 (Type II) compliant CAN connector is used for off-board connection to a vehicle’s SAE J1939 communication network and supports either 250 Kbps or 500 Kbps. ... Read More

If you are a regular visitor to Kvaser.com, you’ll notice some big changes took place in August. Top of the list was some overall design refreshment, resulting in, among other benefits, a simplified click-through path to our products and those of our software partners.

Python samples are now bundled in a package

This blog uses now deprecated functions, see blog "Improved API in Python canlib v1.5" for more information. With the release of CANlib SDK v5.17, the packaging of the Python samples has been revamped. Instead of just releasing the bare Python files, the files are now placed in a Python Wheel as well as a .zip package for easy installation. Hopefully, ... Read More

Leading Controller Area Network (CAN) interface specialist, Kvaser AB, is pleased to announce a marine version of its highly popular Leaf Light HS v2 interface. With a USB 2.0 connector at one end and a 5-pin National Marine Electronics Association (NMEA) approved CAN connector at the other, the Kvaser Leaf Light HS v2 M12 provides a … Read More 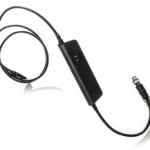