CAN interfaces for video displays in tanks and light armoured vehicles 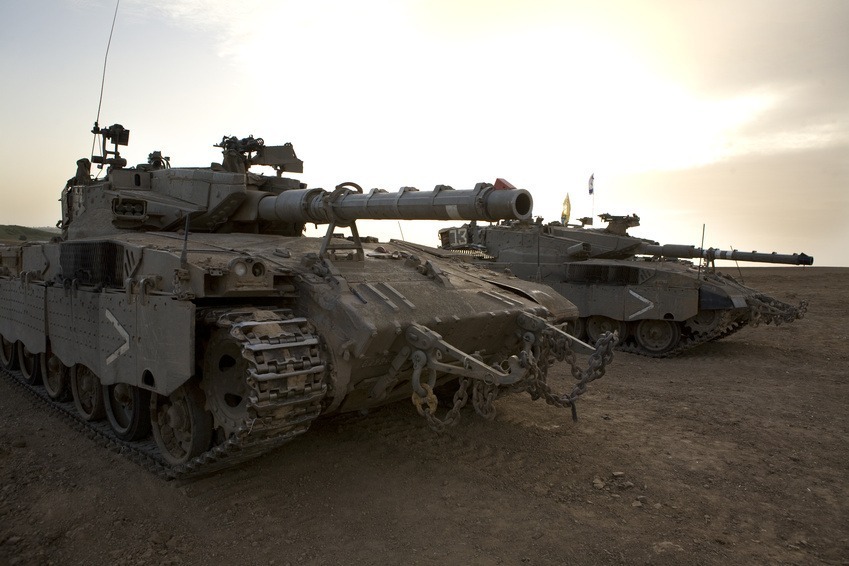 As the Commander in a tank or armoured vehicle, the ability to make quick, accurate decisions is vital, but to perform in such a way, an intimate knowledge of the surrounding environment is necessary. It is for this reason that armoured vehicles used for reconnaissance or battle situations these days typically boast a variety of externally mounted cameras – near-infrared, night-vision, thermal-imaging among them – to relay as much outside information as possible to those inside the cabin. For today’s military, the trend is increasingly to gain situational awareness and fire from within the comparative safety of the vehicle, which means there are more remotely operated cameras and weapons stations on every type of military vehicle, and a commensurate increase in the information displayed inside.

Invariably, reconnaissance and target acquisition systems are integrated with the vehicle’s communication network, as Mike Hantson from Nijkerk Computer Solutions, a specialist systems integrator for industrial and defence oriented applications, explains: “You’ll often have several applications running in the vehicle and you need a minimum of communication between them, connecting them together.” Nijkerk makes displays that are integrated in tanks and armoured vehicles by their customers. Hantson says: “The applications designed by our customers (mainly system integrators) exchange information with other external applications and systems within the vehicle, for which they use a communications bus such as CAN or Ethernet.” These might be other vehicle-mounted sensor subsystems, such as ground surveillance radar, chemical or IED detection systems, or vehicle subsystems such as the engine, transmission, turret or stabilised gun systems.

Kvaser’s PC104+ boards sit inside Nijkerk’s Multifunctional Display Unit (MFDU), an intelligent rugged display unit that has been designed specifically for observation and command and control systems. It can handle composite video and has a graphical processing unit within it that generates overlays with various effects like alpha-blending, rotation/translation and scaling. Programming is done in Linux or Windows.

The boards are integrated in a closed system that needs to meet extremely constrained environmental conditions. Toughest amongst these are vibration and shock, which will be of no surprise for an all-terrain vehicle that may be fired upon. But equally hard are the temperature requirements. The system needs to be able to start-up and operate at temperatures down to -40°C and up to +71°C – this is the temperature outside the box, meaning that the temperature within the box may be closer to +90°C.

Among the key reasons for choosing Kvaser products, says Hantson, was the performance of the boards, the number of available channels and total bandwidth, as well as Kvaser’s support for Linux. He notes: “Kvaser’s Linux libraries were good and very easy to use, and since we recommend that developers use Linux, Kvaser’s approach fits well with our thinking.”

Nijkerk’s MFDU is integrated into a vehicle’s communications network via the CAN interface or an Ethernet port. Noting the option to choose CANbus or Ethernet, Hantson says: “Some customers are switching to Ethernet because most computers today have Ethernet, but there are many military customers using CANbus, and for the vehicles themselves of-course, CANbus is the major communications system.”

Whilst Hantson says that demand for increased data throughput and higher information transfer speeds is relentless, he confirms that high speed CAN has enough headroom for the time being. He notes that much progress has already been made from an operational point of view in speeding information transfer: “In very old systems, reconnaissance teams recorded information in the field and brought it back to staff HQ for analysis. Nowadays, the analyst is put as close to the action as possible, enabling him or her to interpret the various sources of information in virtual real-time.”

Once the information has been analysed on screen, that data then becomes intelligence i.e. it has been filtered and interpreted, and it is sent to HQ. A housekeeping computer might receive that information over the CANbus, and then send it on to the higher hierarchical level. But key is getting data and video from the external cameras and sensors to where it is most needed initially, rendering a fully redundant and totally reliable communications bus like CANbus an absolute necessity.

A communicating robot with Kvaser’s PC104+ CAN card inside