CAN XL: Bridging the bitrate gap between CAN FD and Ethernet

CAN XL is a new standard that is in development by CAN in Automation (CiA), the not-for-profit association that maintains the CANopen and CANopen FD application layers. With the goal of extending CAN FD to handle extra large files (up to 2KB per data field) that are commonly encountered in applications such as radar, microphones, ... Read More

Sensor ECS counts on Kvaser for reliable CAN solutions

Sensor ECS was founded in 2006 as a specialized distributor for industrial/embedded PC products, focusing on OEM customers within all vertical markets in Scandinavia. The company first became involved in CAN through customers in the forest machinery sector, however it was the requirements of a medical OEM that prompted Sensor ECS to become a Kvaser ... Read More

Kvaser participated again this year in the Chalmers Student Union’s career fair, known as CHARM, an annual event that matches students with potential employers, thesis partners and/or internship hosts. Engineers from our hardware and software teams were present, as well as members of the sales and logistics teams, offering insight into the company’s strong engineering ... Read More 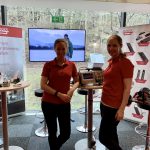 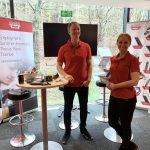 Hosted by Kvaser qualified sales representative Opsoc Inc., Kvaser and technical associates, RA Consulting and Warwick Control Technologies, recently took part in Automotive World Japan. According to Derek Sum, General Manager of Kvaser Hong Kong, the exhibition was ‘one of the best Japanese shows I have participated in for some years’. With the goal of ... Read More

Last places available for CAN and In-Vehicle Networking Technical Training in UK, 23/1/2020

The contraints of Ethernet-based field buses: Why use CAN?