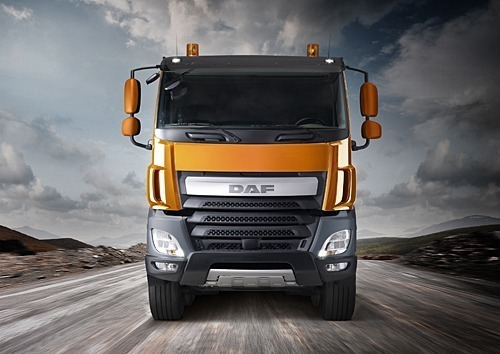 “Kvaser’s Leafs are a small part of our investment, but their functionality in the test rig is crucial,” said Ger Schreuder, supervisor of DAF’s Engine Test Facilities Group and coordinator of Investment projects, explaining the role Kvaser’s interfaces play in DAF’s new engine development activities.

It is within the Engine Test Facility that engines are developed and tested, not just for DAF, but for Peterbilt and Kenworth, the US truck marques belonging to DAF’s parent company PACCAR, the second largest truck manufacturer in the world. “The prototypes in development have new functionality, new software and hardware because we are working on European Euro 6 engines, and on EPA 10 engines and beyond for the North American market,” notes Schreuder.

DAF Trucks’ Heavy Duty diesel engine test facility is one of the most modern in the world. Several years ago, at a cost of euro50 million, the company unveiled the ‘state-of-the-art’ engine test centre at its Eindhoven headquarters, plus an upgrade to its existing facility. The investment provided 20 new advanced test cells, in addition to the 14 test units DAF had already. Among the new capabilities are cells equipped for endurance testing, whereby engines run for seven days per week, 24 hours per day at temperatures up to 50oC and down to -20oC. The new laboratory can also carry out tests under changing atmospheric conditions, with the ability to simulate altitudes of up to 4,000 metres.

With a variety of ECUs being used at any one time, DAF needs a highly flexible test and calibration system and so uses test equipment from a range of vendors. Among DAF’s long-term suppliers are Kvaser and Kvaser’s reseller and partner, ATI Europe. “ATI supplies one of a couple of software calibration systems that we use, plus the ATI Hub. CAN-communication between ECUs, medium speed measurement subsystems and test automation systems are partly handled by Kvaser Leafs,” recounts Schreuder.

Offering welcome validation of Kvaser’s own product development efforts, Schreuder says: “Of all these systems, I find Kvaser’s interfaces the most ruggedised, the cheapest and the easiest to use. With standard USB and sub-D connectors, and a widely-supported interface for measurement software, they provide plug and play functionality for CAN-based data.” Notably, whilst the Leaf’s employed within DAF’s engine test facility are used in laboratory conditions, Schreuder’s colleagues use them for summer and winter trials, where they are potentially subject to many more connection cycles and demanding environmental conditions – so far, no problems have been reported.

What are the guiding forces behind DAF engine development? Schreuder explains: “Legislation is a major factor behind our product development. It is important to have competitive products available to meet new emissions legislation, such as the Euro 6 legislation that comes into force in Europe in December 2013.” He adds: “Aside from that, we are driven by the need to offer additional value to customers and drivers. We look to achieve the lowest operational cost per kilometre and highest fuel efficiency for our end customers, the highest safety performance, plus optimal driver’s comfort.”

The result is a far tougher set of test routines than were the norm in the past. “With many more actuators, sensors, exhaust gas after-treatment and intelligence generally, the number of ECU calibration parameters is exploding. Apart from a very good understanding of the engine, we require ever more sophisticated measurement and analysis tools, modelling capabilities and rapid prototyping. Overriding this is a need to have confidence that what you use works, to collect data that is stable and trouble free,” notes Schreuder.

DAF has produced trucks for over 60 years. We at Kvaser understand such challenging development environments, and though our products play a small role in this application, are committed to ensuring customers like DAF have many more years of success.

Finding faults before they happen with the Leaf Light.