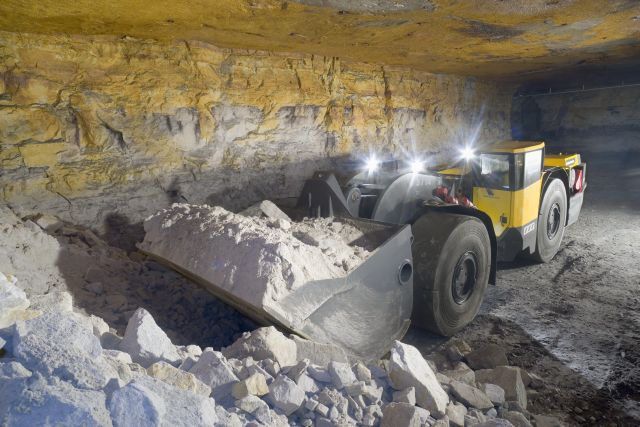 Clouds of dust, high temperatures and wet surroundings make for less than ideal conditions for electrical equipment. However, sometimes these conditions are exactly where electronic control systems are needed most. The drilling and mining industry is one of the toughest environments for people and machinery on Earth, and one emerging industry trend is to introduce automated machinery to maximise efficiency and minimise the safety risk to personnel. In recent years, Atlas Copco has been ahead of its competitors in these developments, having begun adapting its loading machines with control systems that are automation compatible.

Software specialist Fredrik Grahn is part of a team of engineers that develops control systems for drill rigs, loaders and trucks at Atlas Copco’s R&D facility in Örebro, Sweden. Grahn and his colleagues began using Memorator in 2001 when they were troubleshooting a prototype 10-tonne underground loader that had been converted from a purely hydraulic operating system to an electronic one. With electronic joysticks, engine controller and transmission controller, as well as electronic control valves all linked via a Controller Area Network (CAN) architecture, comprehensive system testing under real-world conditions was considered imperative. At that time, Atlas Copco’s loaders and trucks were produced in Portland, Oregon and, as Grahn explained: “Our electrical engineer was in Oregon; I was performing integration testing on the machine in a mine in Canada; and the applications staff were in Örebro!”

In a timely stroke of luck, the team were introduced to the capabilities of Kvaser’s CAN to USB Memorator datalogger for recording CAN bus information in the field. They quickly realised that it would be an ideal tool for gathering and sharing system-level data if a malfunction on the prototype occurred. The Memorator sits in a protective casing under the cabin seat, connected to the machine’s CAN bus using two sealed cables. All CAN messages are logged, with the operator simply noting the time at which he believes something merits further investigation. At the end of the datalogging session, the Memorator is removed and the HEX files downloaded to a laptop, to be sent via email for analysis back at the lab.

However, prior to the ‘black box’ capability afforded by the FIFO feature, Atlas Copco’s engineers would sometimes go to the Memorator and find its memory card full. Whilst the 2G memory capacity provided a generous two full days worth of data, there wasn’t a way of knowing when the Memorator had stopped recording and therefore, whether crucial data had been logged. It also required removing from its protective enclosure and existing data deleted before a new data logging session was begun. In contrast, the FIFO (first in, first out) feature means that the Memorator continually rewrites over the oldest information. Atlas Copco’s engineers now know that they will always have the last two days results at their fingertips. Notably, whilst Kvaser can provide larger memory for Memorator, more data would take longer for Atlas Copco’s engineers to analyse.

It was not long before other R&D departments at Atlas Copco recognised the benefit of using a CAN datalogger. Nowadays, the hydraulic engineering department also makes use of Memorator, using it to log hydraulic oil transmission temperatures or monitor brake system pressures, for example. Meanwhile, Memorator is proving useful for ongoing maintenance and service purposes. Grahn notes that with multiple sensor readings potentially available on the CAN bus, the data can be used to build a picture of the general health of a machine. Ultimately, more accurate ‘lifing’ of mechanical components leads to lower maintenance costs, added reliability and potentially higher profit margins over a machine’s life cycle for the end customer. For the mining industry – a physically and economically challenged environment – these are vital attributes indeed.

(With thanks to Atlas Copco for the Scooptram_ST14 image)