Have you ever wondered why 95% of the ocean is still unexplored? To begin with, it’s an extremely hard environment to survive in, which is why building an Autonomous Underwater Vehicle that explores and interacts with the ocean environment is a particularly challenging task. From pressure resistance, to artificial intelligence, every detail counts or an AUV will fail.

Since 1999, team S.O.N.I.A. of École de Technologie Supérieure in Montreal has participated in the annual Robosub Competition in San Diego, California, which sets out a series of difficult visual- and acoustic-based tasks for student-built autonomous robotic submarines. With an impressive legacy of AUV know-how, S.O.N.I.A. competes against some of the world’s top universities and is currently ranked one of Robosub’s top teams. Nevertheless, every year brings multiple new challenges.

For 2016, team S.O.N.I.A. – composed of more than 25 students – has decided to focus on building modularity into their system. From mechanical designs, to electrical custom-made PCBs and software, using a modular approach contributes to overall system reliability. For example, if a node fails, it can simply be swapped out of the system, without any effect on the system as a whole. Modularity also enables the team to prototype at 10 times the speed. In the case of S.O.N.I.A’s UAV, there are various hardware and related sensors or ‘nodes’ within the submarine. These include a navigation system, cameras, six motors, a high brightness light, a torpedo launcher (a technology demonstrator, as opposed to a live version!) and two small robotic arms. 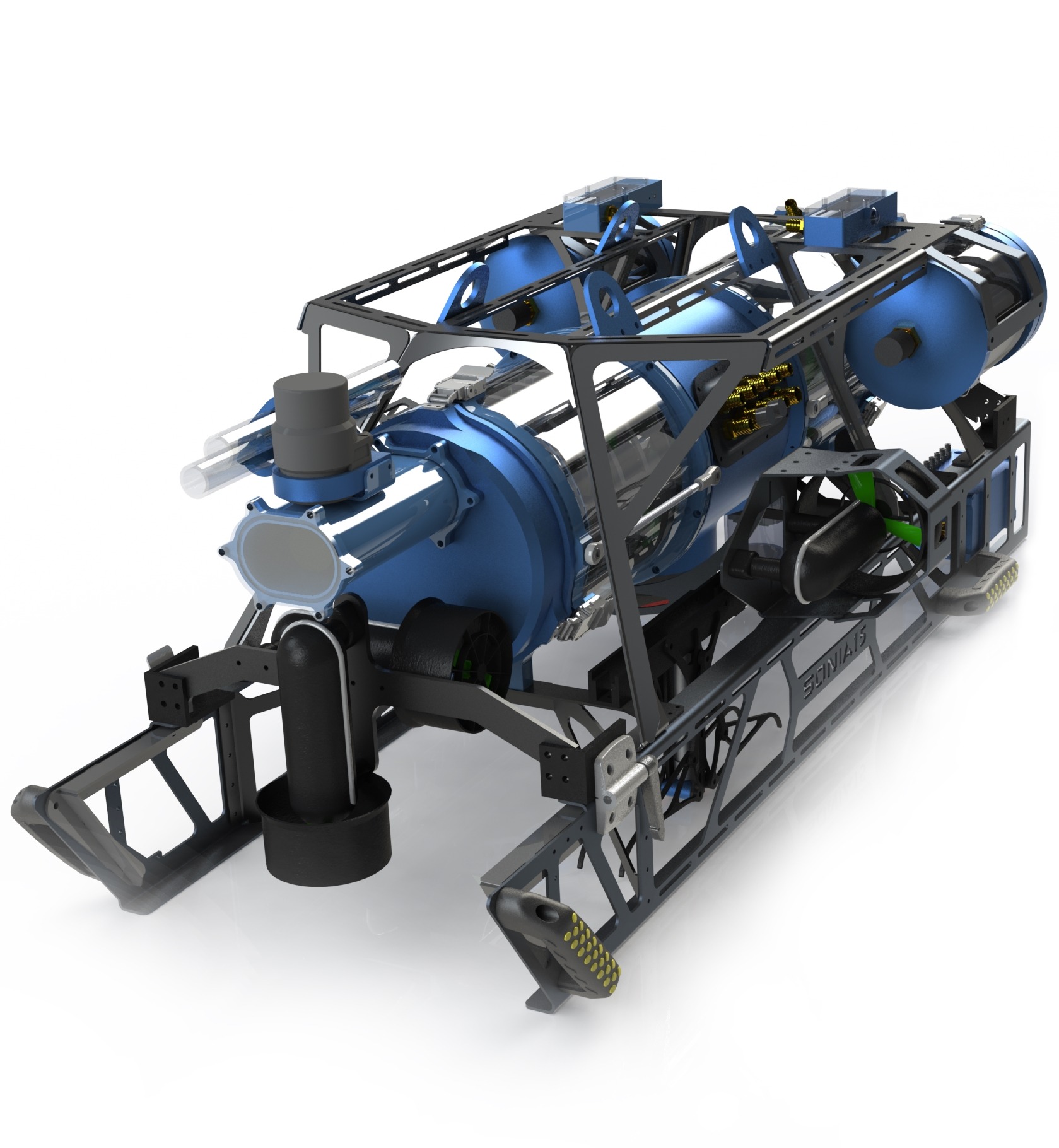 Notes Etienne Pilon, S.O.N.I.A.’s Team Leader: “Building submarines isn’t the biggest trend at the moment, so the team always need to find new ways of solving problems and prototyping is a huge focus for us. Of course, our prototyping needs to stand on solid ground. For the past few years, this solid ground is ensured by the Kvaser unit used for the communication between all the sensors, devices and computer. By taking care of the CAN communication, the team can work on what really matters i.e. the electrical team can focus on building new devices, and the software team can concentrate on designing better artificial intelligence. Hence, the Kvaser unit’s reliability and ease of use accelerates the development of new features and gives us an innovative edge.”

Notably, S.O.N.I.A. has used a Kvaser USBcan II for many years and has recently been supplied with a Kvaser Leaf Pro HS v2. As Linux users, the team initially chose Kvaser CAN hardware because of Kvaser’s support for both Windows and Linux.

Team S.O.N.I.A. are not just committed users of Open Source software, but they have also created an OpenSource package for robotic systems that interface with Kvaser devices. Recounts Pilon: “We believe that innovation should not be kept secret. That’s why this year, the team has developed an open source package that connects our Kvaser device with the UAV’s main processing unit. The interface is built on ROS (Robotic Operating System), highly popular middleware for many robotic projects.

Pilon concludes: “The team hopes this will provide an easy way for other teams to use their Kvaser CAN interface to the maximum.”