As with civilian vehicles of all types, CAN is pervasive throughout military transportation. In 1999, the MilCAN working group began work on a higher layer protocol that would expand upon CANbus with a view to standardising its implementation within the military vehicle community. Whilst MilCAN (read more about the MilCAN protocol here) was initially developed for military land systems, the working group suggests that it can be applied ‘wherever there is a requirement for deterministic data transfer’ i.e. Armoured Vehicles.

Military requirements differ from civilian ones in a number of ways. Firstly, data transfer is more deterministic and error handling and resilience more important, military vehicles often operate in harsh operating environments, whilst vehicle lifecycles are often much longer than their civilian counterparts (20 to 30 years of maintenance, modifications and upgrades is standard).

As MilCAN is a software component, it can be implemented on standard CAN enabled devices without special hardware requirements. Whilst Kvaser’s standard product line is in many cases suited to military/defence application, our Rugged products ideally suit the harsh operating environments that are experienced in this sector. 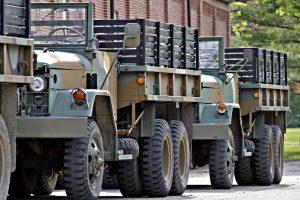 CAN Is a Smart Choice for Military Applications

A recent article in CAN Newsletter Online discussed the widespread use of the CAN protocol in military and defense applications.… Read More 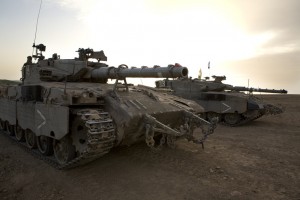 CAN interfaces for video displays in tanks and light armoured vehicles

As the Commander in a tank or armoured vehicle, the ability to make quick, accurate decisions is vital, but to… Read More