As one of the associates for MathWorks hardware support, Kvaser participated in the MATLAB EXPO 2017 China User Conference. Throughout the show, Kvaser demonstrated how Kvaser CAN interface hardware supports MATLAB and Simulink and contributes to a product design ecosystem that speeds the development of intelligent products for the IoT era.

A Field Application engineer for Caterpillar Oil & Gas, used a Kvaser Memorator Pro 2xHS v2 dual channel CAN interface and datalogger to record CAN data in a demonstration of Caterpillar’s C15 diesel generator. 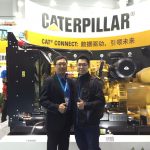 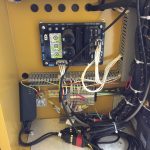 This is the second post in a 2-part series about Secure Boot and signing modules on Linux: Secure Boot on Linux systems Build and install signed Kvaser driver modules The first part was an overview of what Secure Boot actually is and how it affects 3:rd party modules. In this part we take a look ... Read More

Simulating coughs at altitude involves CAN

Bill Lindsley and colleagues from the National Institute for Occupational Safety and Health have developed a cough simulator to study how diseases spread and they’re using CAN to accomplish that. 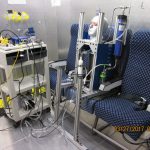 This is the first post in a 2-part series about Secure Boot and signing modules on Linux: Secure Boot on Linux systems Build and install signed Kvaser driver modules What is Secure Boot? "Secure Boot" is a UEFI feature that appeared in 2012, with Windows 8 preinstalled computers. All current Ubuntu 64-bit (not 32-bit) versions ... Read More

Part 2: t Script Roadblock Resolutions: 3 t script Resources You Can’t Do Without (Plus a bonus tip!)

We have been using t-Scripts to tackle a wide variety of cases lately. Here’s a list for a little inspiration for your projects: handheld reflashing/recalibration tools node simulators CAN FD gateways with data encryption light Hardware-In-the-Loop controllers With each project, there are hurdles to overcome, and it seems like we consistently revisit 3 resources. Let ... Read More 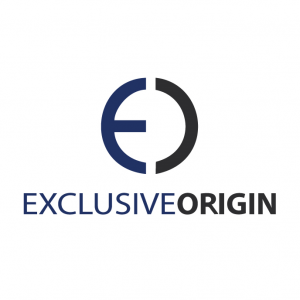 Exclusive Origin, LLC is driven to constructing intuitive software to fit an individual’s needs without complicating the user experience.

If you are familiar with t scripts, you know that they are based on “hooks”. Hooks are like interrupts. The runtime engine waits for these hooks, then executes the code that is inside its code block. For example, let’s say you need to respond to a CAN message with an ID of 0x200. The t ... Read More

Exclusive Origin, LLC is driven to constructing intuitive software to fit an individual’s needs without complicating the user experience.

Research Manager Kent Lennartsson has been featured in Robotics and Automation News, discussing the many advantages of CAN for robotics automation, along with Kvaser’s role in the development of Nexi, Cynthia Breazeal’s mobile, dexterous and social robot, named among the 50 Best Inventions by Time magazine in 2008. Learn more about CAN for robotics with the ... Read More

Controller Area Network: No Need for a Computer
Read More

Meet the Ethercan Light HS, Kvaser’s answer to the complex CAN-to-Ethernet connectivity gateways available in today’s market. This device, capable of being linked via the internet through an Ethernet-connected PC, allows users to access CAN data from anywhere in the world. Kvaser’s Ethercan also offers “Internet of Things” communication capabilities between CAN products, making CAN ... Read More